Deprecated: strripos(): Non-string needles will be interpreted as strings in the future. Use an explicit chr() call to preserve the current behavior in /var/www/inspirationdaily/wp-content/plugins/advanced-page-visit-counter/public/class-advanced-page-visit-counter-public.php on line 160
 Mark Zuckerberg's bid to normalize crypto currency and create bipartisan news gets him in the hot seat once again. - Inspiration Daily 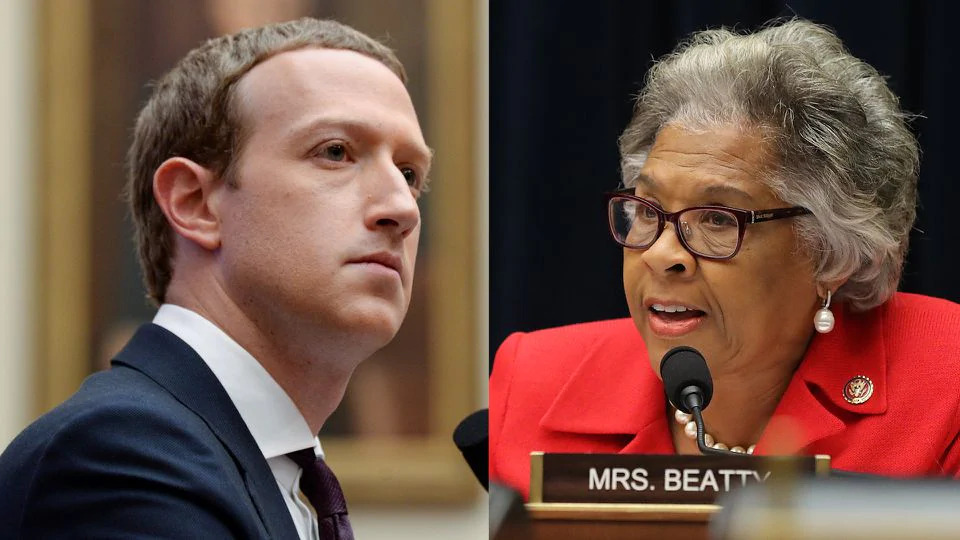 Looking to make a name for herself, Joyce Beatty accused Mark Zuckerberg of ruining the lives of countless minorities during her opening statement of his congressional hearing on October 23rd of 2019. If you have not watched the cringe-fest you are in luck. I will summarize what happened. Mark Zuckerberg was asked to testify in Congress about his companies potential new crypto-currency platform called Libra. The argument is that it could disrupt the level of control the US Government has over our fiat currency. Instead of discussing any practical facts, members of congress (none of whom are educated in computer science but who were elected by our shining process of democracy) grilled our young billionaire with a line of “Statements”, rather than questions that made some of us ashamed to be represented by our leadership.

Most of the tongue-lashing was related to past controversy mislabeled by certain members of congress. Mark Zuckerberg was essentially held personally responsible for rogue developers pulling user data off his platform. I will sum up what happened for non-technical readers. Typically, when you sign up for a Facebook app (This can be to simply log into another service or a more complicated piece of software), you have to agree to give the app permission to have your name, your email address, and other personal information. One or more rogue developers were able to exploit Facebook’s software to get most of that information for free. What congress does not mention is that 100% of the 2016 voter election database was leaked and can be downloaded for only $7. This data collection contains far more than what was leaked by Facebook.

When our Ohio congresswoman essentially called Mark a racist,she was referring to the fact that most software engineers are White males. If you are not sure what affirmative action is, it is actually text book racism. It means that you hire an employee who is not necessarily the best qualified to perform a job based off of their skin color. Another example of affirmative action is present at the Harvard Universities. Recent documents showed that Harvard required Asian students to score significantly higher on placement exams in order to gain entry to the school because they were doing better on average than other groups of applicants.

Mark Zuckerberg has been scrutinized for misdeeds that as one man he could not possibly be held personally responsible for. Code is exploited sometimes and there really is not a way around it. His company paid the largest fine ever at 5 billion dollars. One thing we notice about these congressional hearings is there is always an obvious political agenda and the questioning is wildly inappropriate.

If you want to see the insanity for yourself check it out here on youtube:

Essentially, it all boils down to the democrats being upset that they lost the election to a mega troll. Because a nation state poured unprecedented resources and technical expertise into manipulating social media we are victim blaming and stealing money from American CEO’s.

Are Aliens really coming in 180 days? Lets take a look at what we know….

This is what Oppenheimer should have built to deal with the Germans.

Something isn’t right about that honey though…

When the profession listed on her dating profile is “Dog Walker”

Imagine taking your Bumble date to this restaurant, lol! ???

The Sinaloa Cartel cares more about the health of its citizens.

envoy - February 3, 2020
0
Here is a definitive guide to performing a Badoo search. Ever wonder how to find a specific person's account on the popular...